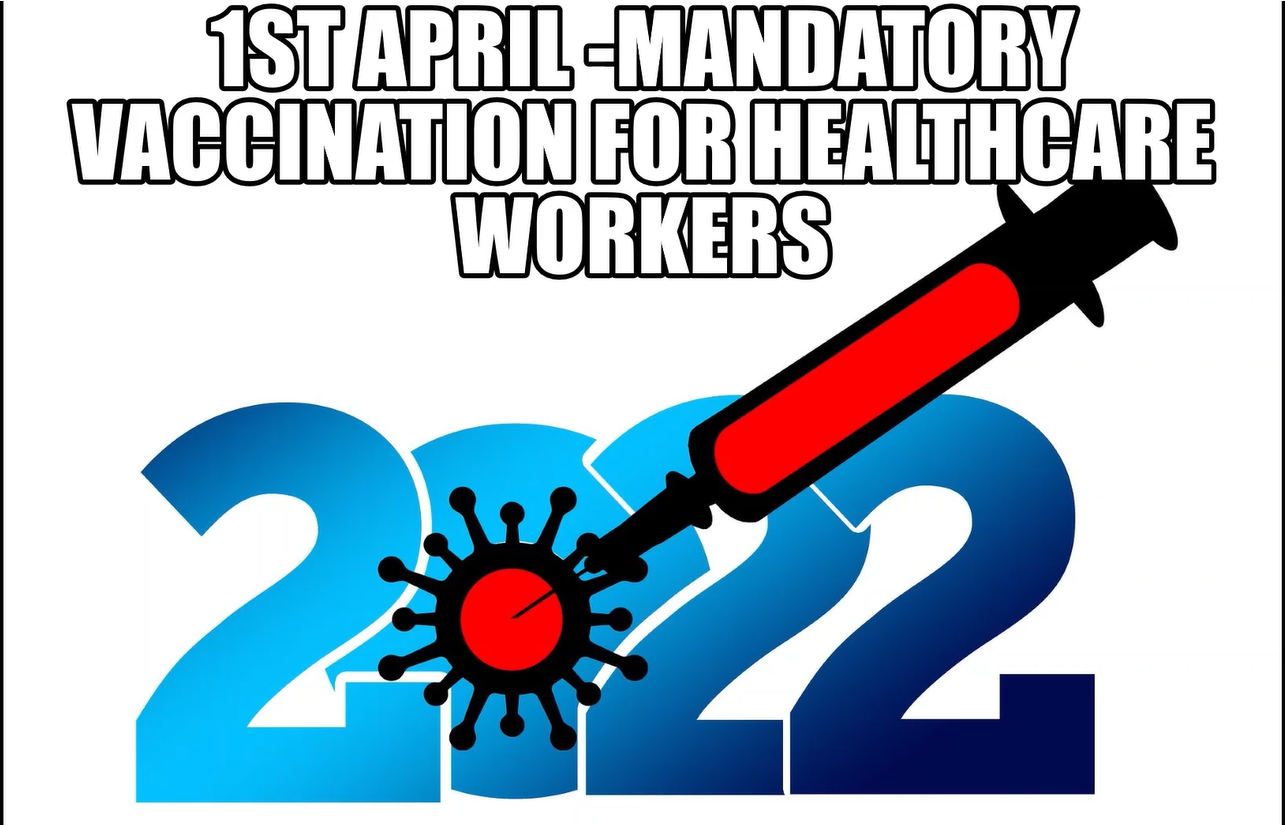 As I write this on Tuesday 14th November 2021, the House of Commons is debating the introduction of new Covid rules for England.  The rules, which are almost certain to be approved by Parliament, include a move to make vaccination compulsory for frontline NHS and health care staff from 1 April 2022.

When this measure is passed, frontline NHS and health care staff who refuse to be vaccinated by April can expect to be dismissed from their jobs.  Unsurprisingly, this measure has met resistance from groups opposed to vaccination and groups who believe that a ‘vaccine mandate’ violates their civil liberties.

On 29 November, Julia Furley and Laura Pearce of JFH Law presented a webinar to discuss these changes, hosted by Dhru Shah of Dentinal Tubules.  The webinar looked at the legal status of mandatory vaccination of healthcare workers, what the implications will be on the healthcare sector and what, if any, legal challenges were being considered.  Julia and Laura advised that any legal challenge to the Government’s decision would come in the form of a ‘Judicial Review’; the process by which a court looks at a decision made by a Public Body and to determine the lawfulness of the decision-making and/or outcome.

Indeed, an application for judicial review has already been brought before the High Court by a number of workers within the care home sector, seeking to challenge a similar ‘vaccine mandate’, which was passed into law in November 2021.  The claim was heard before the Honourable Mrs Justice Whipple DBE, on 2 November 2021, and all grounds for judicial review were rejected.

This article will discuss this ruling and its implications for similar vaccination steps in the NHS, dental practices and elsewhere, and will show why the ruling makes a successful judicial review on this topic by healthcare workers highly unlikely.

Peters, Findlay & Fairburn v Secretary of State for Health and Social Care and the Joint Committee for Vaccination and Immunisation

The vaccine mandate challenge actually started as two challenges: one challenge was brought by Ms Peters and Ms Findlay, two care home workers, while another was brought by Dr Fairburn, a doctor who frequently acts as a consultant to the care sector.  Their claims were initially rejected by a single judge, but they were given another opportunity to apply to the court. Their challenges shared so much common ground that the court heard them together.

The legislation being challenged was the Health and Social Care Act 2008 (Regulated Activities) (Amendment) (Coronavirus) Regulations 2021, specifically Regulation 5(3)(b), which essentially requires anyone working in a care home to be fully vaccinated or exempt from vaccination for clinical reasons.  We will call this ‘the Regulation’.  The consequences of the Regulation are clear: anyone who is not vaccinated or exempt will be unable to work at a care home.

These challenges were extremely thorough.  Between them, they raised five different objections to the Regulation and made several in-depth arguments.  This article will summarise each ground below and discuss the court’s response.

The first ground was that the Regulation was ‘ultra vires’, which means the Government acted illegally, illegitimately or beyond the scope of its powers.

The claimants acknowledged that the passing of the Regulation itself was within the legitimate powers of the Secretary of State for Health and Social Care.  However, the claimants pointed to s45E of the Public Health (Control of Disease) Act 1984, which states that if a Regulation falls within the scope of s45 (which this Regulation does), it cannot require a person to undergo medical treatment.

They argued that the effect of the Regulation is to make vaccination, a form of medical treatment, compulsory, and it is therefore ultra vires because compulsory medical treatment is prevented by s45E.  They also argued that because s45E comes from a piece of ‘primary’ legislation that was passed through Parliament, it should take priority over any ‘secondary’ legislations (like the Regulation) that were not passed through Parliament.

The court rejected both of these arguments.  Firstly, Mrs Justice Whipple denied that the vaccination was ‘mandatory’ at all, pointing out that care home workers are still free to choose not to get the vaccine.  They simply have to deal with the consequence of that choice (dismissal).  She denied that s45E even applied in this situation.  She also stated that even if s45E did apply to the Regulation, she still wouldn’t have allowed a judicial review on this ground because the Secretary of State for Health and Social Care was specifically obliged to take action to protect vulnerable people and residents in care homes under the Health and Social Care Act 2008, which would override s45E.

This ground basically argued that the Government made the wrong decision, based their decision off the wrong data and advice and ignored the alternatives that could be used to protect people.  There were three central arguments to this ground:

The court rejected all three of these lines of argument.  It pointed out that the Government’s powers give it a broad discretion when it comes to decisions about policy, and also stated that arguments about political and social choices were not the responsibility of the court.  It also gave specific rebuttals to the points above:

Ground 3: Article 8 of the European Convention on Human Rights

Article 8 of the European Convention on Human Rights protects a person’s right to privacy and family life.  Both claimants sought to argue that requiring a person to get vaccinated was an infringement of their Article 8 rights.

Unfortunately for the claimants, a case in the European Court of Human Rights from April 2021 conclusively ended this argument.  Vavřička v Czech Republic was a thorough and clear case on Article 8; the court in that case ruled that it was acceptable for the Czech government to prevent an unvaccinated child from attending school and to fine the parents.

Ground 4: Article 14 of the European Convention on Human Rights

Article 14 of the ECHR grants a person freedom from discrimination.  The claimants argued that care homes employ a disproportionate number of women and BAME people, so enforcing mandatory vaccinations on their workers would be discriminatory.

This argument was swiftly rejected.  Mrs Justice Whipple was doubtful that it was discriminatory at all, but even if it was, the move would surely be justified by the urgent need to protect residents.  In addition, all the considerations from the Article 8 argument (ground 3) were still at play.

Mrs Justice Whipple found that this ground was almost identical to ground 2.  Because she had already dismissed ground 2, she dismissed this ground on the same lines and did not consider it further.

Ultimately, Mrs Justice Whipple refused to take the claim for judicial review any further.  The challenges from both sets of claimants were extremely thorough and well-presented, but that did not stop the court from rejecting all of them.

The Government has not yet confirmed the exact structure of the ‘vaccine mandate’ they intend to enforce on frontline NHS and social care workers from April 2022.  However, it seems likely that it will closely resemble the Regulation they passed for care home workers last month.  If that is the case, anybody tempted to bring a judicial review of that decision must stay aware of the arguments presented in this care home challenge and note the way that each argument was coolly dismissed by the High Court. 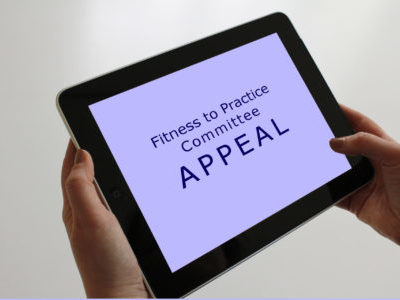 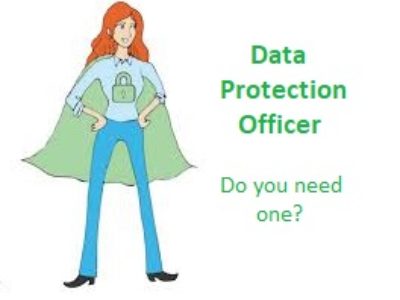 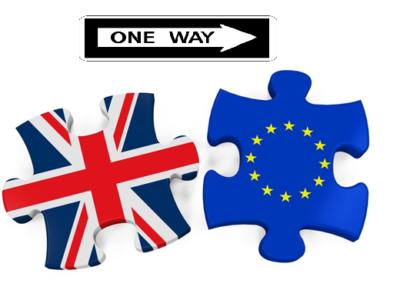